How Banking Has Evolved Over Time in Nigeria 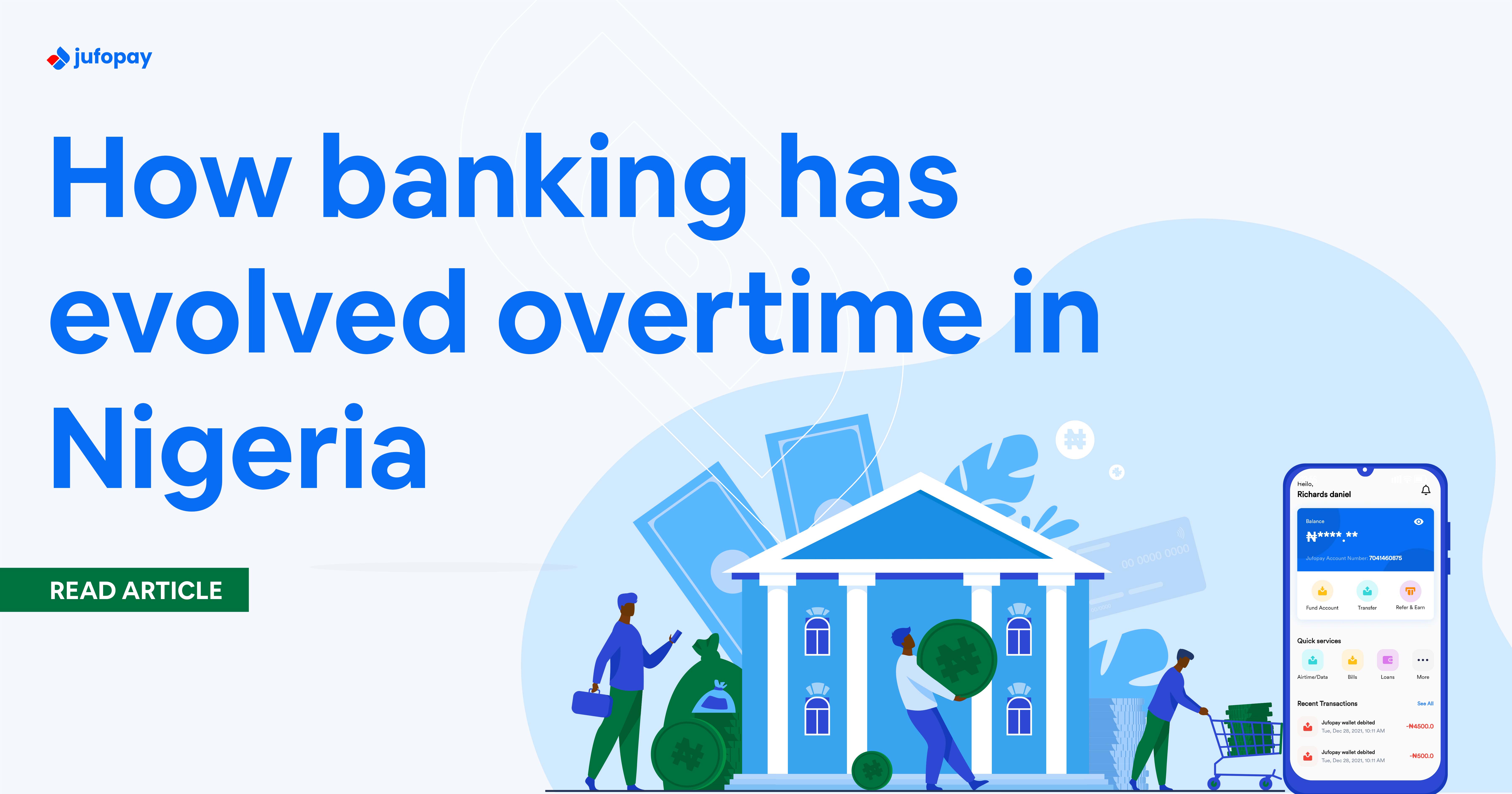 Evolution is a process of gradual, peaceful, progressive change or development as in social or economic structure or institutions. The banking sector in Nigeria has gone through different stages of evolution beginning with the era of British colonial administration dating back to 1892 with the establishment of African Banking Corporation (ABC) followed by the establishment of The British Bank of West Africa (BBWA). Unfortunately, ABC collapsed shortly after its establishment whereas British Bank of West Africa has survived till present day amidst different name changes.

Some other foreign banks were established thereafter which we could say is the root of today’s Union Bank of Nigeria, due to the fact that these foreign banks were established with the interest of the foreign owners, most policies implemented denied Nigerian citizens credit facilities and this discrimination fueled the desire to have wholly Indigenous banks in Nigeria.

Between 1927 and 1960 when Nigeria gained her Independence, not less than 20 Indigenous banks like the National Bank of Nigeria, Agbonmagbe Bank (now Wema Bank) and many more were established and unfortunately only 4 of those banks survived till date as most of them either voluntarily shut down or were forced to shut down due to inadequate capital, fraud or bad management.

The Early Days of Reform

Indeginous business men and women lost confidence in the banking system after several banks collapsed over a short period of time, the government knew the implication of this and set up 2 regulatory bodies in 1988 to boost the confidence in the system again; The Securities and Exchange Commission (SEC) and the Nigerian Deposit Insurance Commision (NDIC).

As the name implies, SEC was saddled with the responsibility to regulate the operations in the capital market, while NDIC was established to protect depositors from bank failures. However, the establishment of these 2 regulatory organizations did not stop some of these banks from engaging in fraudulent practices and eventually they collapsed.

The spike in the collapse of these indigenous banks raised concerns and led to the investigation of one of these banks, the reports obtained from the investigation led to the beginning of banking legislation in Nigeria as the Banking ordinance of 1952 was formed and by 1958 the highest regulatory body in the banking sector; the Central Bank of Nigeria (CBN) was established Remember there's a saying that “Where there is no law, lawlessness will abound”. CBN began full operation the year after.

After the establishment of the Central bank of Nigeria, the banking sector experienced some structural changes and many commercial and merchant banks became licenced as the sector was made a free market. These changes had an adverse effect on the banking sector and bank users as banks experienced mismanagement , bad loans, fraud and undercapitalization.

In 2004, the bank reforms were reviewed and a 13‐point reform agenda for the Nigerian financial system was announced by the then Governor of CBN (Charles Chukwuma Soludo CFR). One notable point about the reform agenda is the policy that led to the consolidation of many banks as the minimum paid‐up share capital of banks was raised from NGN 2 billion to NGN 25 billion. Before the end of 2005 which is also known as the Post-Consolidation era, the number of banks in operation reduced from 89 to 25.

The Future is Now

The future of the banking system is here already with the rapid growth, penetration and acceptance of financial technology (Fintech). The infusion of a high level of technology into any system has always been a game changer and fintech has brought a revolutionary change to the way financial services are provided to customers.

In 2018, the global fintech market was valued at $127.66 billion and is expected to grow to $309.98 billion by 2022 at an annual growth rate of 24.8%, this clearly shows that fintech is here to stay. The Covid-19 pandemic played a huge role in the pace of growth in digital banking as banks encouraged their customers to try out their digital banking services as that was the only option left due to the lockdown.

The upswing of financial technology is both a blessing and a curse for the banking sector; as it provides better and easier ways to deliver services to customers and businesses such as mobile apps, chatbots and so on, it also threatens the usual practices of traditional banking and financial services of some of our well know banks.

Even with the obvious discontent displayed by customers with traditional banking services and practices and the upsurge in fintech products to ease this discontent, the acceptance of fintech has not been an easy move for so many people.

About 67% of banked customers still make it known that they trust their traditional bank more than fintech. Nonetheless, Fintechs are gaining more trust with the youths and SMEs as they are constantly bettering the services provided to customers and making it easily accessible.

Without doubt, the banking system in Nigeria has evolved over time and has gained the confidence and stability it lacked in the early days not just among the depositors or customers but also among the institutions. An example of a Nigerian Fintech institution is Jufopay.

Are you looking to launch your Fintech Application? Talk to us!!!